From 2010 until the mid-part of 2011, the multifamily lending industry experienced a surge in business I thought I could only wish for. Once that wish was granted the old saying, “be careful for what you wish for,” came to mind and I am sure my wife’s mind as well. Let’s just say I wasn’t home very much.

I am not sure that even in today’s dollars had our sector ever seen such volume. Since 1991, when I began my career in the FHA Multifamily Loan Insurance business, I had not originated so many loans. For the entire industry, managing the deal flow for all this business was a difficult dance to say the least. Loan originations are still well above historic levels, but I sense the industry has a much better handle on it. Now, if we could somehow get FHA to get a better handle on it too!

After the collapse of 2008, FHA was pretty much “the last man standing.”  I have had much fun bantering with some of my long-term clients about their sudden willingness to once again endure the FHA processing gauntlet. It’s amazing what one will do when they really have no other choice.

Where do we stand today, and who is currently financing multifamily properties?  In a nutshell, FHA is still getting a share of the business, but not as much. As shown below, Fannie and Freddie have picked up a head of steam with decent volume increases in 2011 of purchase and refinancing loans. Multifamily loan securitization (CMBS) continues to struggle, and constraining  factors such as the uncertain regulatory outlook of the Dodd-Frank Financial Reform Act continue to be at play. I suspect the CMBS portfolio delinquency rates are not helping at above 10% —  OUCH! 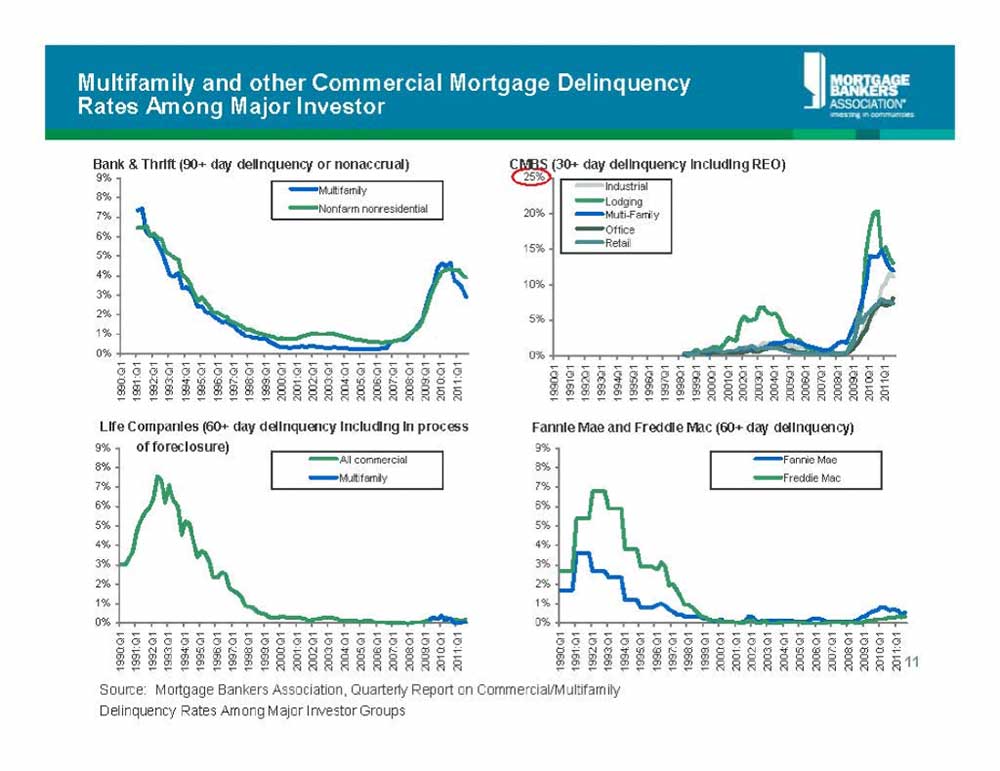 As shown below, overall FHA is on pace to potentially match the production volume of 2011. However, new construction lending (221d4) appears to be slowing. For the last few years FHA’s 221d4 loan was largely the only vehicle available for new construction financing. This allowed FHA to essentially be the market gatekeepers. With the exception of some very limited bank financing, a developer did not need to worry about supply running too far ahead of demand.

Much has happened in the last year that I believe will alter this trend. FHA construction financing, which has in the past couple of years accounted for about 30% of all new multifamily units, will decrease. FHA, fearing a wave of defaults that turned out only to be only a mirage, has through tighter underwriting standards made a conscious decision to ratchet down production. The closings we are seeing are mostly momentum from earlier deals. Currently it is the combination of bank, life insurance companies (very tight standards), finance companies and some private debt that accounts for the remaining 60-70% of new development financing. Still, production levels will have to pick up as demand is sure to increase. This begs the question of who will fill this financing void. One can only assume that banks will begin to be larger players again. However, given the continued regulatory constraints, capital demands and the uncertainties of where interest rates and the permanent takeout market will be at time of stabilization, it is doubtful that all but the most financially liquid developers with a real tolerance for recourse lending will borrow.

Many dynamics will be at play in 2012. Home ownership, which hit an all-time high of almost 70% in 2005 & 2006, has now plummeted to below 66% with no indications that this trend will stop. Some forecast that ownership could settle in as low as 62%-63%, which is well below our historic average of 65%. My quick math translates these percentages into over 650,000 potential new renter households entering the market each year since 2005 with approximately 100,000 multifamily units per year being lost to obsolescence and disaster. I have not seen final numbers but approximately 130,000 new units were forecasted to come on line in 2011. I posed this scenario to my 10 year old, and he instantly deduced the logical question of “where are people going to live?”  I have a bit more sophisticated way of asking the same question, which is, “who is going to provide the capital for the rental housing that will be needed?”  Is it REITS or, heaven forbid, a new government program? 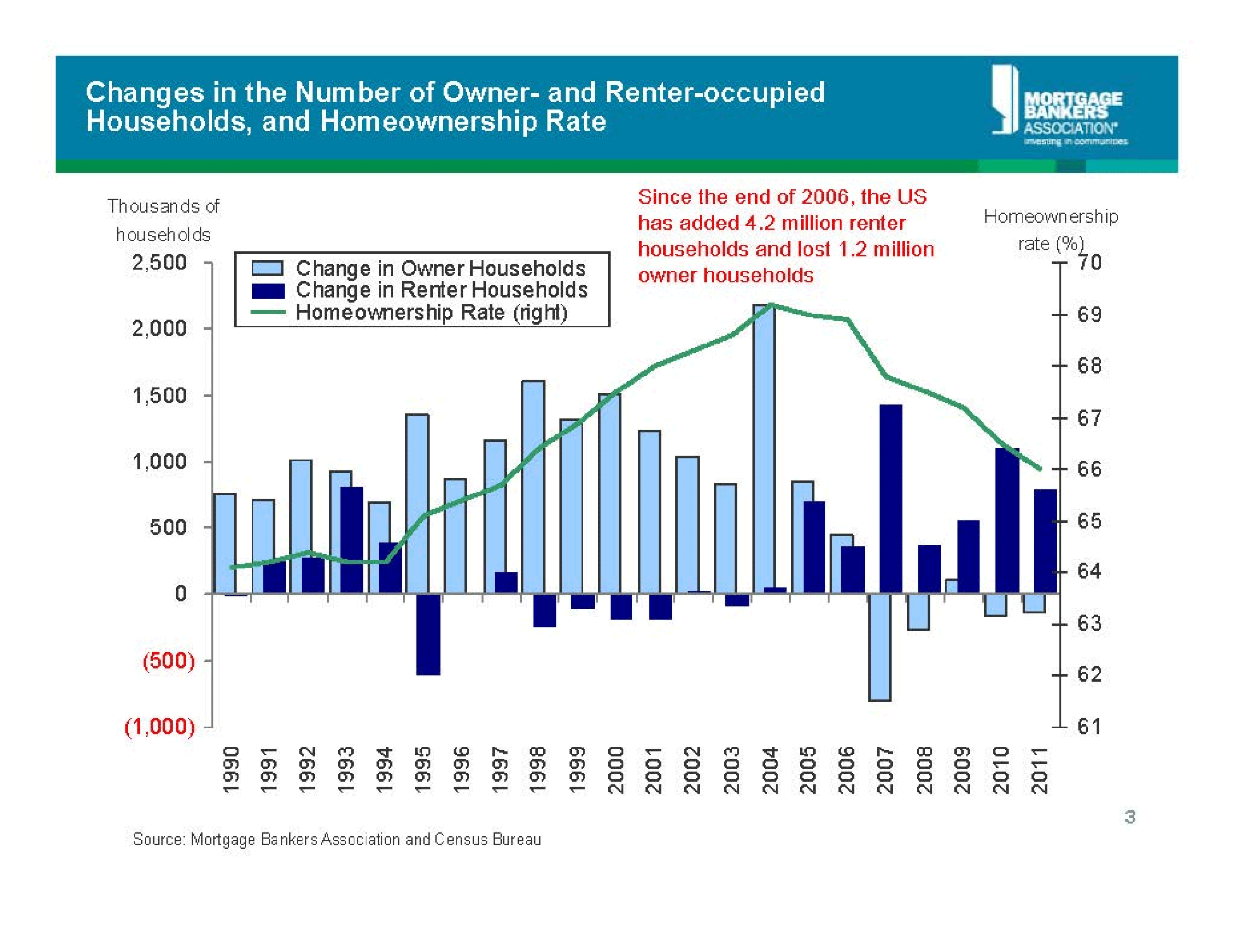 For now, I am going to only be concerned about FHA’s role in the multifamily finance arena. As an active participant in our industry’s lobbying efforts I will continue to pose this question to this administration and Congress as they debate the future of the GSE’s and FHA.

There is a lot more to tell regarding these efforts.  Stay tuned.